How to Get Rid of Spiders: 5 Easy Ways

You wake up one morning, go the kitchen and make your way to the coffee pot only to spot one of the worst sites a human can lay eyes on: a spider.

Yes, a real, living, crawling spider in your home. Even if it’s not a black widow, there are few people in this world that actually want one of these creepy creatures lurking about.

In case you don’t have anyone brave you can call to exterminate this pest, here’s how to get rid of spiders. We’ve chosen the five easiest ways.

Prevention goes a long way and is always better than the cure itself. If you want to keep spiders away, you should:

Get the Vacuum Cleaner

See a spider web on the wall? Don’t bother fighting it. It’s futile. Instead, grab the vacuum cleaner and hoover that sucker up. While some might recommend you transplant the spider outside to help stop other pests, it’s fine to just put an end to things here and now.

This method comes with a few caveats. It’s important to understand that even though they make your skin crawl, spiders are actually doing you a favour. Only a few of Australia’s spider species are in any way harmful to you, and if they are in your home, they are keeping it free of other pests.

However, if you just can’t stand spiders, the insecticide is a great answer. Spray some on their common entry points (around cracks in the foundation for sure), and wait for them to drag their bodies through.

Use a Glass Jar

Strap on some gloves, grab a jar and get a piece of paper. Move the spider into the jar and take a stroll outside. As we said before, they’re doing more help than harm so keeping them around isn’t a bad idea. Release them outdoors and let them spin a web there.

This is an old Australian remedy. Add about 20 drops of peppermint oil to a bottle of water and spray it around your home. This serves two purposes: A) it smells great and B) it repels the spiders rather than killing them. It encourages them to stay outside where they’re wanted rather than in your kitchen (or in your bed).

Finding a black-tail or other common creature in the house is just part of life Down Under, but you don’t have to live it if you don’t want to. If prevention isn’t enough, follow these 5 tips for getting rid of spiders. Remember: they are usually doing more harm than good, so think twice before whacking them with the newspaper. 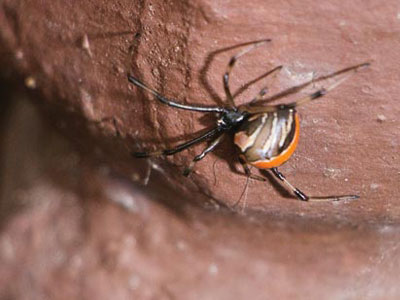 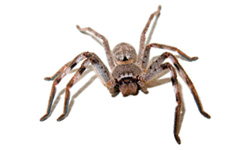