Jim’s Pest Control has local experts in the Adelaide who can help you with your pigeon control problems.

To get in touch with us about your pigeon problems, simply call 131 546 and our friendly staff will take your details.

Pigeons can be a very difficult pest for most people to deal with. Due to the fact that they can fly away if scared, makes them difficult to manage.

Many a home remedy has been tried to control these flighty pests, but they are rarely successful.

The reason most pigeon treatments fail is that pigeons are not the smartest bird. If fact, quite often if a pigeon is killed its buddies will sit alongside, as though nothing had happened.

While fake owls and hawks may have some initial success at managing pigeon problems, they soon perceive them not to be a threat.

It’s funny when Jim’s Pest Control technicians spot plastic owls being surrounded by pigeons. It is almost as though the pigeons have adopted them into the flock for protection. 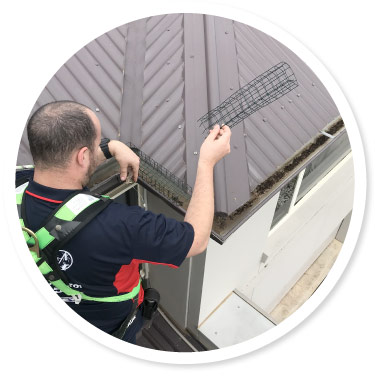 Expert advice will be needed for effective pigeon control

Many people have tried to control pigeons themselves and had little or no success. It will always end up in them calling in a professional pest controller like Jim’s.

Jim’s have been putting in place very effective pigeon control programs that have eliminated pigeons for many of our clients.

We are the go to experts that large companies used to solve their pigeon problems. These companies know we have the skill set and knowledge base to get the job done. 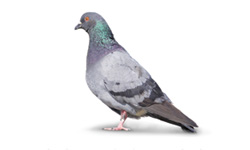 Many products and options available

Dealing with pigeons can sometimes require thinking outside of the box. There are many different products available on the market today that can be applied in several ways.

Pigeon control products are becoming more advanced. We have new gel products that can be applied to a place where a pigeon roosts.

To a pigeon this product appears to be on fire. Birds are naturally afraid of fire and will avoid this area at all cost. However this product will not work in a high pressure situation.

Bird spikes and netting are other good options in regards to pigeon control. The building will first need to be assessed to work out the most effective form of control.

With so many products being available it can be confusing as to what options is best for your situation.

This is why so many Adelaide people would rather get advice and a free quote from Jim’s.

Terminating pigeons maybe the only option

More often than not to successfully control pigeons they will need to be terminated. The reason for this is that they were born on the home or building. Even if their nesting area is proofed off they will often sit alongside the proofed area.

This can often cause even more problems for the property owner. Blocked drains, bird poo on solar panels will often impact clients.

In these situations if is often necessary to remove the pigeons by means of termination. Each Adelaide Jim’s Pest Control technician can discuss the options available to you.

Call now and we’ll work with you to control your Pigeon Problem – Guaranteed!

So, for a local pest control expert to help you with your bird or pigeon control requirements, please call Jim’s on 131 546, or use the contact form here to get in touch.